You’ve done your homework and purchased the right gas detectors for your facility. Now it’s time to install them. But how do you decide where the sensors should be placed?

You already know gas sensor placement is tied to the particulars of your unique facility. But beyond that—because you must take so many variables into account—you have no hard-and-fast rules to follow. However, in this post we’re highlighting some best practices you can consider when you’re ready to install your gas detectors.

Perform a potential gas hazard assessment within your facility.

Create drawings indicating all potential gas leak sites, as well as the severity of each site’s hazard potential.

In general, when placing gas sensors, you should consider the following principles:

For additional DO’S and DON’TS, download the MSA Guide to Sensor Selection and Placement here 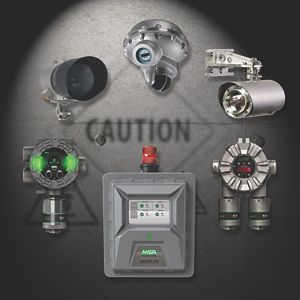 MSA's network of distributors can help find the right product for you.

Sign up to get the latest industry resources, product information, monthly newsletter, and related topics.